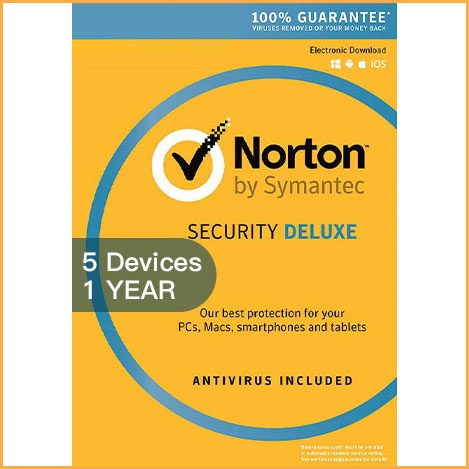 You will receive your code to redeem in your account within minutes by email. In order not to miss out the mail, please check the spam or junk mail folder too! 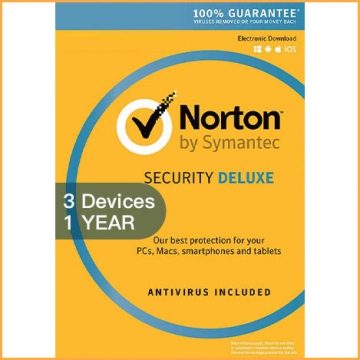 When you are anxious for struggling with malwares including ransomwares and viruses which can steal and destroy your datas and finacial information, Norton Security Deluxe 3 is your best choice to protect your devices.It can be used for 3 devices at most including PCs,Smartphones and Macs.It not only provide real-time protection for existing and emerging malwares,but also it will remind that you have risky Android apps before downloading to make your connected system get better protection than others on the market.

Mobile
Android 2.3 or later. Must have Google Play app installed.
iOS 5 or later